Once a sleepy fishing village, in contrast is now a great vacation and living destination!  The weather is great in Puerto Penasco therefore making this city a great option for a most noteworthy travel spot. Stay in luxury at a Condo or maybe a Resort, while Hotels or R.V. Parks certainly offer great options.  The vacation rentals and real estate you choose will above all be very close, or on the ocean.  Sights and sounds of Mexico fill the air in Puerto Penasco giving you and your family a most noteworthy seaside experience!  The news of how delicious and affordable the food from local restaurants will be a secret you’ll probably share!  So grab a map and your passports (travel I.d card is good) and enjoy Mexico’s hidden gem on the beach! 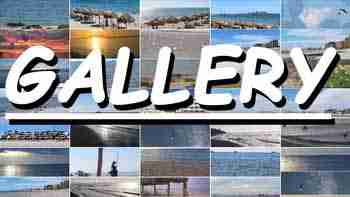 Puerto Penasco Mexico has Condos, Restaurants and Resorts for sure!  Did you know that it also has dolphin, osprey, pelican, seagull, sunsets, sunrise and views that will give your heart a reminder that there is a different type of  “good signal”.  Why not put your phone down and grab a cold one, then open your eyes to the beauty that fills your heart, in person.

Probably you all know that Rocky Point started as a fishing village in the 1930’s. Gradually the city developed into one of the largest shrimp producing areas in the Sea of Cortez. During the Prohibition era in the US, an enterprising businessman, Johnny Stone, visited Puerto Peñasco (Rocky Point Mexico). Realizing the potential of this village Johnny Stone wanted to attract wealthy Americans to vacation. Stone built the town’s first hotel, drilled a well, and opened for business for vacations and fishing. Al Capone, who was among his clientele, brought friends along to enjoy the climate, drink, gamble, and deep-sea fishing. During World War II the United States helped build a better road from Arizona as Puerto Penasco (Rocky Point Mexico) has a deep enough port for it’s military ships.

Finally now Americans have discovered Puerto Penasco (Rocky Point Mexico) is an alternative for retirement and vacation.  20 to 30 years ago this sleepy little city offered a rustic and exotic getaway vacation.  Now there are a large number of first class hotels, resorts, condos and restaurants to give the traveler a luxurious travel experience while saving money compared to other beach destinations! (we’re talking to you overcrowded overpriced California!)  Even more Cruise Ships are now starting their itinerary from this now vacation and retirement city.  Puerto Penasco Mexico is a close driving distance and easy port for all cruise enthusiasts.

There are many places to visit while in Puerto Penasco (Rocky Point Mexico), such as the Pinacate Mountains, which geographic condition was ideal for NASA’s training for the Lunar mission due to its similarity to the moon’s surface.  San Jorge island and its sea wolves are a fun Boating excursion to take.  Rentals abound everywhere for ATV’s to enjoy the sand dunes of the Altar Desert.  Puerto Penasco (Rocky Point Mexico), offers many sporting events including sailing, fishing, snorkeling, scuba diving, windsurfing and automobile and motorcycle racing just to name a few. There are as well rentals on most sporting equipment.  There is a educational/musem as well called Intercultural Center for the Study of Deserts and Oceans, CEDO, (a 55-foot long whale skeleton is near the entrance of the facility).
Puerto Penasco Mexico offers everything from relaxing with a cold margarita on a magnificent sunset cruise, to shopping in the Old Port at the Malecon, or at the local stands heading along the patch to Cholla Bay.  Of course there is always a fresh catch of the day is offered in many of the local restaurants.

These Safety tips in Puerto Penasco are meant to be a guide.  Using common sense when traveling in the U.S. or in Mexico is really what the “take away” here is.

Leave your guns, ammo and illicit drugs at home. (They are Illegal in Mexico and taken VERY SERIOUSLY!)

The U.S. Customs & Immigration stops every vehicle to ask questions about citizenship and contents of car.

If you have any questions about what you are bringing back just ask the border police before you cross. https://www.cbp.gov/travel/us-citizens

Thank you for visiting our site!  We really, hope that you have a great time in Puerto Penasco (Rocky Point) and hope that this site was a help in your exploration of Puerto Penasco Mexico!

Let’s go over some of the basic issues that may be important information “tid bits” that you need when traveling to Mexico, Rocky Point, and traveling in general.

We use cookies on our website to enhance your experience. The Information provided may or may not be outdated. By continuing on our website, you consent to our use of cookies, and hold puertopenasco.com not responsible for anything.....ever. Ok